Wyoming's Aug. 16 primaries will feature several tight and closely watched races, including the Republican contest for the party's nomination for secretary of state. Among those running this year are geologist and engineer Mark Armstrong, state House Rep. Chuck Gray and state Sen. Tara Nethercott.

AARP Wyoming spoke with the three Republican candidates to see where they stand on key issues for older voters. Here's what they had to say:

How would you, as secretary of state, work to ensure all eligible Wyomingites are able to vote? 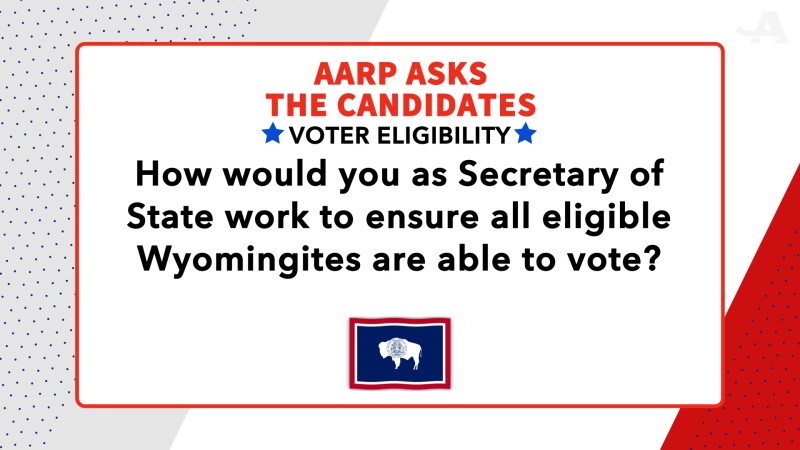 Armstrong: Thank you for the question, and thank you, AARP. I think I'm the only one running that is old enough to be a member of AARP. First of all, voting needs to be fair, and the battle I am now in with the absentee status report indicates that things aren't fair. If you're following my campaign, you have probably heard that I want people to vote day of, in person because that reduces fraud. Well, I have exceptions to that, and those include age or being homebound or in a nursing home, military. So I believe that that request would help make sure that your vote counts and is fair and counted properly.

Gray: Well, one of the big things I've been talking about on the campaign trail and I want to follow through on as Wyoming secretary of state is election integrity. Wyoming secretary of state oversees elections. And I don't just talk the talk on election integrity. I've walked the walk. I was lead sponsor on the voter ID bill that we passed in the 2021 session. I was very proud to work with AARP on that bill. And every single instance of fraud — one instance of fraud is too much, because it cancels individuals' votes out. So we've been talking about election integrity reforms that we need to bring through. One of those is banning the ballot drop boxes. These ballot drop boxes don't have security. They're insecure, they're very open to fraud, and we've been talking about that around the state and want to get that done Day 1 as Wyoming secretary of state. We also need to protect our voter ID law. Have paper ballots and hand-audits of our election. So the election integrity piece is a huge part of our campaign.

Nethercott: As your next secretary of state and the chief elections officer for this state, making sure all Wyomingites have easy access to voting is fundamental. Particularly as it relates to AARP members, 50 and older, understanding unique needs as it relates to an aging population and ways that that aging population may desire to vote, whether it be absentee or early voting, is important.Ensuring those options are available to Wyoming voters in consultation with our 23 county clerks to ensure ruralWyoming voters, as well as that aging population, can vote readily and easy. And that information is provided so that there's no question on how to vote and how to access a ballot, and so Wyoming's voice is heard, including that of the population 50 and older.

As secretary of state, how would you utilize your office to better serve Wyomingites age 50+? 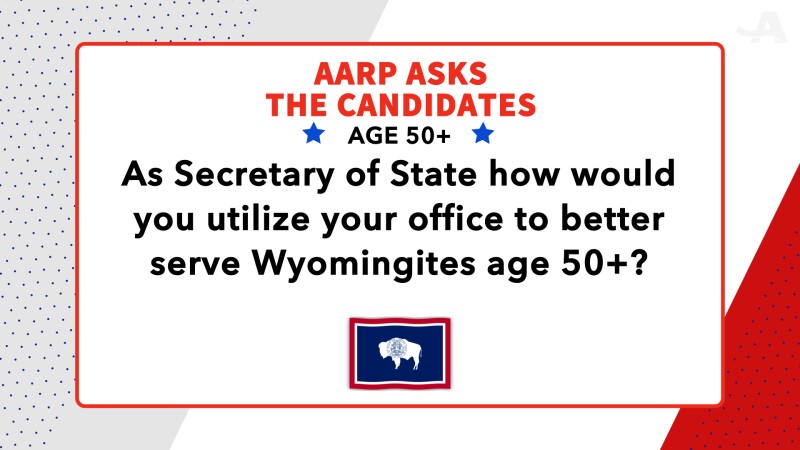 Armstrong: I believe that protecting people from fraud in investments is very important. And I see crypto as speculation, and I'm very concerned about it. Also, I want to make sure that seniors are not pushed out of their home by inflation and increase in property values that increase property taxes. I would push legislation to either freeze property taxes when you're 65 or do something there to help our seniors make sure they stay in their homes. And when I say stay in your home, I mean stay in your home. If you want to stay in your home with a nurse or other way through your senior years, I think that is actually less expensive than going to a nursing home and has a better quality of life for our seniors. I think our seniors deserve a good quality of life.

Gray: One of the big things I want to work on is the compliance division of the secretary of state's office, which deals with securities fraud, illegal actions regarding securities. As a state legislator, I've seen that where certain populations have been targeted with securities fraud, and I think the elderly is one of those populations. And we need to prosecute those cases. We need to refer them to the appropriate entities, whether it's local law enforcement, whether it's the attorney general, and bring that investigation to the fullest, through the compliance division of the Wyoming secretary of state's office. So that's very important and a key thing that I want to work on as Wyoming's secretary of state.

Nethercott: As your next secretary of state, I would prioritize investor and fraud protections for the people of Wyoming, including those 50 and older. As we know from recent crime statistics and reporting about these fraudulent and criminal activities, they're on the rise, and Wyomingites need protection from these predatory behaviors and fraudulent activities. As your next secretary of state, I would provide education and informational outreach about how these criminal actors work within our state, and really work with our partners across the state, both in law enforcement, AARP and other organizations that serve the population 50 and older to provide this educational information and really turn the secretary of state's office into are source for fraud and investor crime to ensure that these practices are eliminated and Wyomingites are protected from these predatory behaviors.

How will you prioritize State Loan and Investment Board (SLIB) funding to ensure Wyoming communities are better able to serve the needs of our state's older adults? 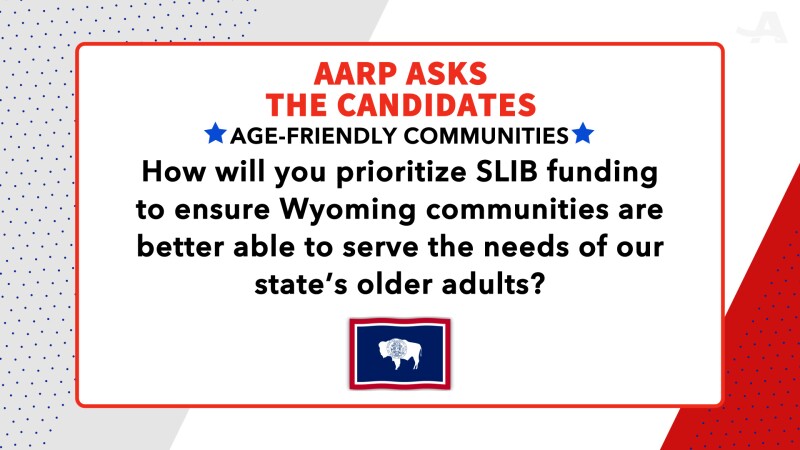 Armstrong: I have some experience with the State Lands and Investment Board. I bid $640,000 on a cleanup of state land in Grayville. State Lands took $2.5 million. I was the qualified low bid, and they wasted $2 million of your money. They have also lent — I believe it's $56 million — to Atlas, and they're getting a good return on that. But some of the other projects they've done are wells, waterlines around toxic releases, and a fire department's foundation break. I have a lot of experience as a geotechnical engineer, and I think I can cut those costs, and we can move those costs to what I talked about earlier — making sure that seniors stay in their homes and have a good quality of life, maybe some rec centers for our seniors and senior centers in some cities that don't have places for our seniors to meet.

Gray: Infrastructure is pivotal, and we need to make sure that the SLIB allocates dollars to key infrastructure projects around the state. And that is a key role for the SLIB board. The SLIB board also handles state lands, and I've been very concerned by some of the decisions they've made in the past. We need to make sure that state lands are managed in a Wyoming-first way. We need to allow overnight camping on state lands. That's an issue that I've worked on in the state legislature, had a bill to allow overnight camping on those state lands. Unfortunately, we were not able to get that bill through, but want to work on that as a member of the SLIB board. And I also want to make sure that those lands are managed in a Wyoming-first way. So the SLIB board is a pivotal part of this office and also a key issue that we've been talking about on the campaign.

Nethercott: As your next secretary of state and member of the state land board, prioritizing those state dollars across all of our communities, including rural Wyoming, is important. Those dollars need to get out of Cheyenne and into rural Wyoming. A number of ways that I think that should happen is through accessible and affordable housing. As we see our aging population continue to remain in Wyoming, which is a wonderful thing, we want to ensure that they can age in place. So providing resources to our cities and counties across the state for those types of services, allowing seniors to age in place, in addition to home health services and access to health care — I think it is very important. So funding related to health services and medical facilities in rural Wyoming, I think, is fundamental and an important role as a member of the state land board and something I would prioritize as your next secretary of state.